I know, I know, politics, religion, and race are things you aren't supposed to talk about at a party, but shoot, this is my party and I'll talk about what I want to talk about. Today's post is going to be about race. If you're scared of this topic, you should probably just skip this post. But if you're willing to think critically about this subject and are ready to perhaps question things you may have never thought of before, read on.

This isn't a meant to be a cute post or a funny post, but more something that will get people thinking and hopefully talking about something that I find pretty important.

Maybe you read the title of the post and thought, "Ooohhh Margaritas! Chips and Guac (can I just say I hate it when people call it Guac??)! Big goofy sombreros! Fake mustaches!"

For me, when I think of Cinco de Mayo, I think of race. I think of people mocking an ethnicity. My ethnicity. As many of you know, my grandfather is from Mexico and I have a lot of family that still lives there.


Yet many Americans think it's fun to spend the 5th of May doing all the things I just mentioned and "pretending" to be Mexican.


What if I decided that on Rosh Hashanah every year, I would wear a yamulke and dance around singing the dreidel song, pretending to be Jewish? What if LoLo decided that every 4th of July, he would dress up as a redneck and pretend to be American? Would you find that offensive?

See, the problem I have with celebrating Cinco de Mayo by getting wasted off tequila and/or Coronas and wearing a big sombrero and a fake mustache is that when you do this, you turn an entire ethnicity into a caricature. You perpetuate stereotypes and help to objectify an entire ethnicity. When an ethnicity is turned into an object instead of treating each person as an individual/human, it is much easier to justify policies against them or, on a smaller scale, to justify mocking them.

I'm sorry if this blog post sounded preachy...actually, you know what? I'm not sorry at all. I hope you will think more carefully about how you will spend the 5th of May. I think it's important that we feel open talking about race because that's the only way things will change in this country. Hiding behind fake mustaches and bottles of tequila will get us nowhere. 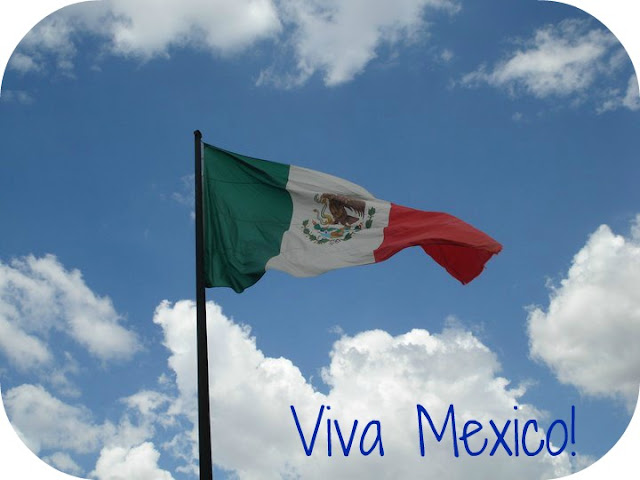 Posted by Empirically Erin at 11:47 PM

Really intelligent post, Erin. You are so right, people would have a cow if we all wore yamulkes and pretended to be Jewish!

Coming from California though, we always celebrate Cinco de Mayo. I guess I think of it as a day to eat good food & enjoy a culture that is a little different than my own. My step-father & sisters are Mexican, so it certainly isn't out of mocking an ethnicity.

Anyways, I love that you aren't afraid to bring up a controversial topic. Glad to meet you!

Hi Katie! You're absolutely right. If it's a celebration, I'm all for it. If it's just an excuse to drink and mock a culture...that's where I have a problem :) Thanks for your comment!

I can understand your sentiment, but I agree w/Katie. Most people celebrate cinco de Mayo to have fun and an excuse to party, not to make fun of a culture. Of course there are jerks in every fiesta...

marlita on the run said...

I agree with Bohemian Babushka...
people celebrate...other people just find it as an excuse to party...and of course the random jerks. :) well said.

I love Cinco de Mayo! I have lived in California my whole life and I am 4th generation American. My family is multo-cultural and we like to celebrate and learn about all cultures. We are not mocking anyone when we drink green beer and eat corned beef and cabbage on St. Patrick's Day even though we are aware they do not do that in Ireland. We love honoring our Mexican heritage every chance we get. It is embarassing when people confuse that stigma (sombreros and ponchos) with my ethnicity. But I am not offended with it if they really are uneducated about it.

I totally agree about the stereotyping. It's done at all times in fact not just during cinco de mayo. I do think the americans and even the rest of the people are just looking for an excise to party, but it's when they mock us that it makes our race look so comical. We are not funny looking people, we are the same as everyone else.

Thank YOU! I cannot tell you how upset it makes me seeing all these sombreros, ponchos, and burros and ppl "celebrating" Cinco De Mayo. There mocking it, not celebrating it. And really is that's all their going to do it's better that they just not celebrate it at all.

As an Indian I completely understand what you're getting at. I've actually been told I must know how to dance because that's what my people did, "dance around fires." As if that's the ONLY thing they did all day long. And the fact that people still say, "How," when they find out I'm Indian bugs me too. And now my last two comments on your blogs have been rants. Oops.

Great post, lady, though I don't think people set out to objectify the culture. More education on the topic is always a good idea...