This past weekend, LoLo and I took care of my parents' dog, Harriet, while they were in Florida (oh yeah and my sister went on their vacation with them too... how romantic. She was writing #moochfest2013 on every one of her instagram pics...but that's another story for another day).

Bronx and Harriet have a very love/hate relationship. Since Harriet is my parents' dog, we say that she's Bronx's aunt...Auntie Harriet! We can't even say the names Auntie or Harriet anymore because he runs around the house looking for her. Her code name is H-Woman. He hasn't figured that one out yet. They get so excited to see each other. Bronx always knows when we're almost to my parents' house and Harriet always knows when she's almost to our house. But as soon as they see each other, they start fighting. I'm talking rolling all over the floor, growling, and wrestling. Their tails are always wagging, but still, it used to be pretty scary.

Harriet had had a pretty busy week full of doggie daycare so she was pretty exhausted when she made it to our house Friday evening. That night, she and Bronx were pretty laid back.

Harriet didn't really want to play much and I think Bronxy was getting a little angry.

Saturday they played a little and were generally pretty nice to each other. Harriet even managed to crack a smile when I gave her her food. Haha, actually she has an under-bite that makes her look like she's smiling sometimes. 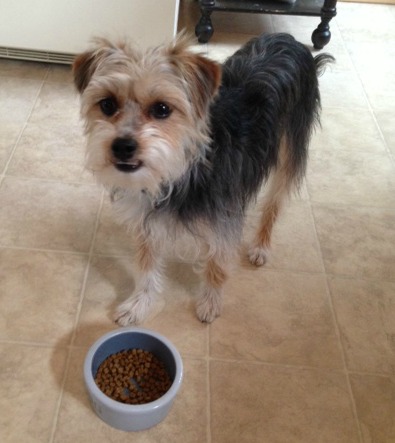 That night, Harriet laid in her bed and tricked me into thinking she'd stay there all night. Instead she woke up at least 4 times to walk around our bedroom until I'd say "Harriet, go back to bed!" 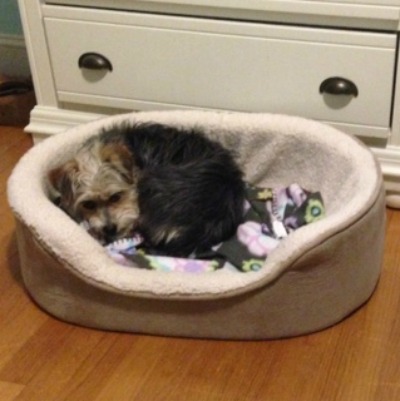 Sunday morning, we were watching one of the morning shows and they had a puppy on. Harriet couldn't take her eyes off the screen! My mom even told me that sometimes my dad has to turn off Animal Planet because there are dogs on the tv. 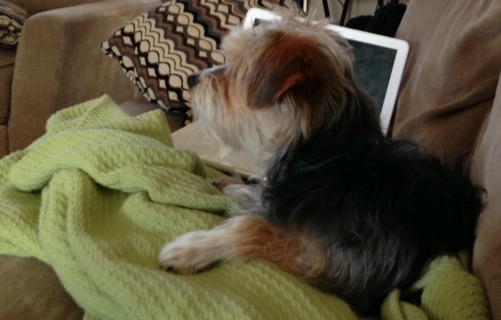 We had such a fun weekend with little Harriet. Bronx loves playing with her and having her over. They're just so cute together!

Ok, cute puppy overload officially over.... for today.
Posted by Empirically Erin at 7:00 AM

This is too cute! It cracked me up that you call her Auntie Harriet because I actually have an Aunt Harriet!!

harriet might be the best dog name ever! ha. too cute! we call my parent's dog henry's "aunt" as well. aunt shiloh!

Her under bite is hilarious! How cool that Bronx has friends over once in a while. Teddy hasn't been near another dog in years!