I know it's been weeks since I posted my first post about Shanghai, but I've been crazy since I got back from China. I've barely had time to breathe. In some ways it feels like Shanghai was just yesterday, but when I look at the calendar, I realize that it was almost a month ago that I returned from my amazing trip so it's about time I share with you the rest of my pictures!

My trip was divided into two parts. First, I was a co-leader for a site visit to our study center in Shanghai. This meant leading several study abroad advisors from all over the US around the city of Shanghai as well as where our students study, live, and take classes. When I left you last, I had mostly shown you the pictures from the first half of my trip. Most of the pictures below are also from that time because the second half of my trip was spent mostly in my second hotel, attending the conference that my company was hosting.

One of the days we spent at East China Normal University (when the word Normal is in the name, it's usually a college that is famous for teaching), where we have our study center. The campus is absolutely gorgeous. 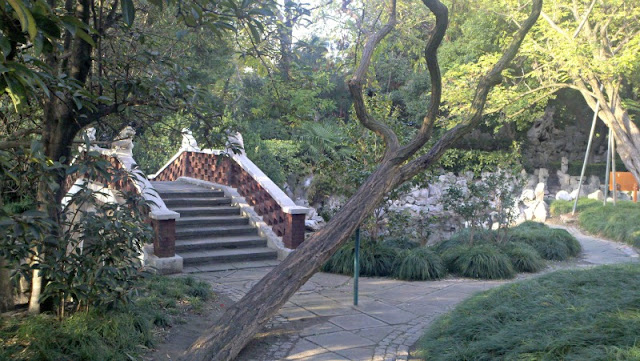 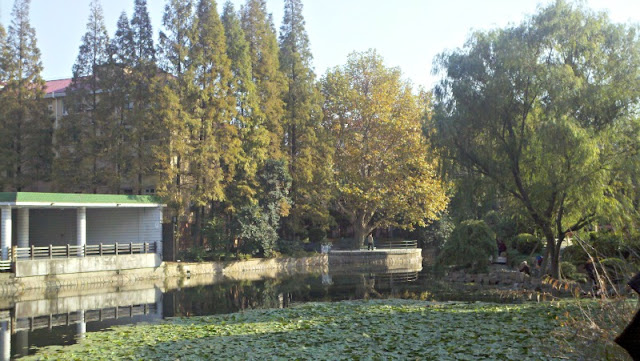 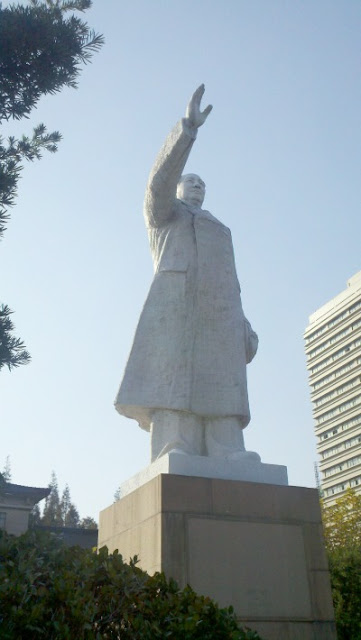 This is a huuuuuuge Chairman Mao statue. There aren't too many of them left around Shanghai, but this was definitely the central part of campus.

We also visited a dorm room where I saw these awesome bootleg Nike sandals.
I also saw these great signs: 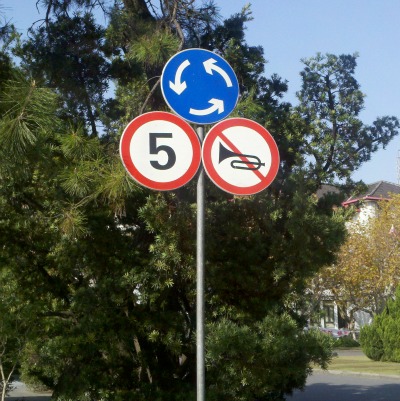 To me, this one said you can't play your trombone in the rotary, but LoLo pointed out that it probably means you can't honk your horn. Well come on! That's no fun! I like the trombone interpretation better.

Another favorite sign of mine. I don't even know what to make of this one. I'm not quite sure how you carefully scald boiling water, but I enjoy the sentiment.

We also had some time to do some more cultural things. Here's me in the Yu Garden which was gorgeous. 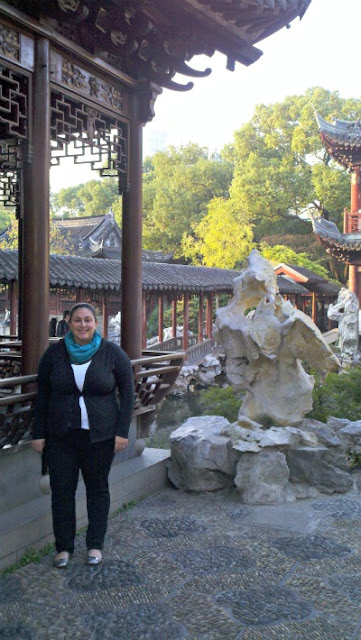 And this is the table at a tea ceremony we attended with some of our students. This was in a market full of stalls where they would have tea ceremonies and sold hundreds of types of tea. This table was made of a tree stump.

Finally, we went to see an amazing performance that is a very typical Chinese art. This performance is called Face Changing. Basically, the man is wearing a costume that with very slight movements and without actually touching his face, he changes the mask. I took this picture of one of his masks: 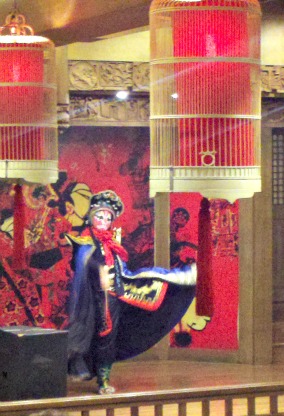 When I was trying to explain the performance to my family, I showed them this video. I wouldn't recommend you show it around children because to me, it's a little creepy!!

So there you have it, my trip to Shanghai! I seriously was bitten by the travel bug after this trip. When I found out I was going to China, I wasn't super excited, but after getting there, I couldn't believe it was real. I learned so much and had so much fun. I can't wait for my next trip!

Oh and p.s. At the end of our conference, my company announced that in 2015, the conference will be in RIO DE JANEIRO!!! I can't wait!!
Posted by Empirically Erin at 7:00 AM

Erin, we had the same "no trombones" street sign in Dominica!! I walked past nearly every day. We always liked to say "no marching bands" because most people don't own a car there ;)