When I found out I was pregnant, I swore to myself that I wouldn't change. I swore that I would be the same ole Erin, just with a baby. I know, I know, you've probably heard that story before. You've heard every first time mother who says that she's going to be the only mother in the world who is the same person after she has the baby as she was before.

Last week, LoLo took Alexia to New York for five days so I spent five long days and four long nights alone in our house (well, except for my little buddy, Bronx). In the days leading up to their trip, I was nervous. Not so much about them, but about myself.

The first day, Saturday, my mom and I went to Boston to a Red Sox game. Not only was it a great way to keep my mind off missing LoLo and Alexia, it was a great way to be reminded of something I've always loved. 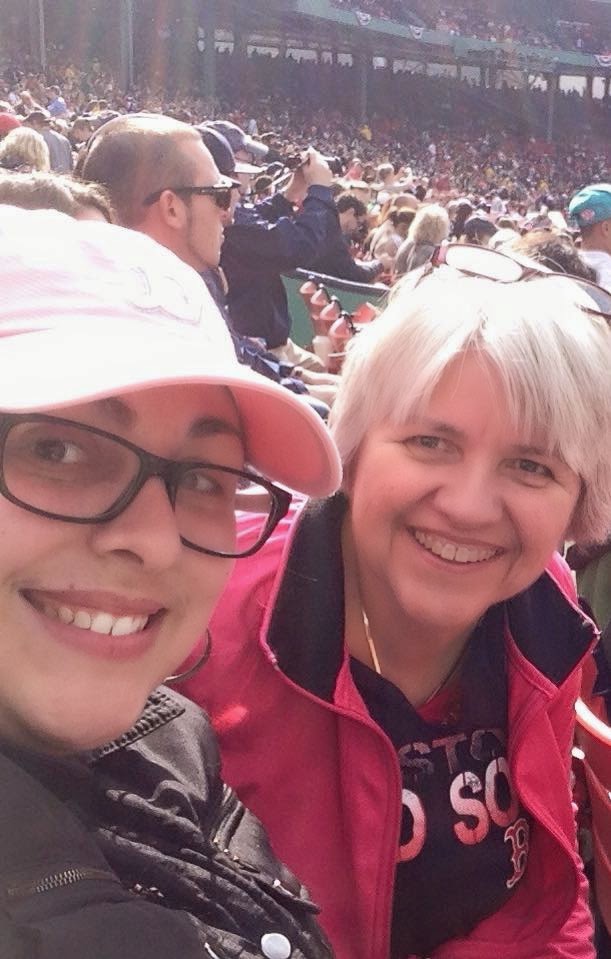 The next day,  I slept late, took myself to lunch and went to the supermarket and got some of my favorite foods including fancy cheese that I would never buy otherwise. I spent time with my parents and grandparents and actually ate a meal at family dinner without interruptions or breaking my food into tiny pieces for someone else to nibble on.

I don't know anyone who hasn't been changed by motherhood. And I'll be the first to admit that I was totally naive to think I would just be "Erin with a baby." But although being Alexia's mom is my most important and most prominent role right now, it was nice to be reminded that I was a person before I had her and that person hasn't been lost. Sometimes that seems to get buried under the millions of kisses and pictures of my little girl and meals and baths and hugs and bedtimes and wake-ups and tears and dirty diapers. But those five days reminded me that it's important to let that side of me out every once in a while...because that person I was before I was Alexia's mom wasn't so bad.

Posted by Empirically Erin at 9:36 PM

Email ThisBlogThis!Share to TwitterShare to FacebookShare to Pinterest
Labels: 30s, Alexia, all about me, babies, baby Santana, motherhood