Everyone who has lived in New York has a story about their living situation. My friend Lacey mentioned two of her situations yesterday on her blog and inspired me to write about my New York roommate story.

I was lucky that I barely had to even search for my first New York apartment. About 2 months before I was going to move, my mom was talking to a colleague at work about how I was looking for an apartment in New York. The woman said, "Oh that's so funny, my son is moving home to Maine from New York in 2 months! She should go check out his room!" 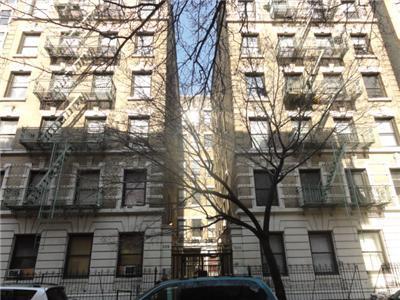 Long story short, I took his old room. And his old roommates. Including a woman who was bi-polar but had decided it was a good idea to stop taking her medications. Some days she loved me and would talk about how lucky she was to have me as a roommate. Other days she would storm into the apartment at 2 in the morning, completely drunk, and yell at my friends that it was rude that they were sitting on her couch.

Several times, I even found her with her ear pressed to my bedroom door while I was talking to my mom. We started having parts of our conversations in Spanish so that she couldn't understand what I was saying.

And just like Lacey's roommate, my roommate loved bringing "friends" back to the apartment in the middle of the night. One morning, my other roommate had the pleasure of literally almost running into one of these "friends" when he ran naked out of the bathroom, which she may have enjoyed had he not been a balding married man in his mid 50's.

The final straw though was when she decided it was time for me to move out and placed an ad on Craigslist and SHOWED and OFFERED my room to a woman without telling me. I hadn't even made the decision to leave or found a new place yet. This all happened a couple of days before Christmas and the woman was set to move in by January 1.

Luckily for me, I was able to find an amazing room in Washington Heights that was about twice the size of my first bedroom and had a half bath in the room (this is completely unheard of in New York!). So on New Years Eve, in the middle of a snowstorm, two good friends helped me move all of my stuff out of the first apartment and into my 5th floor walk-up building in Washington Heights. 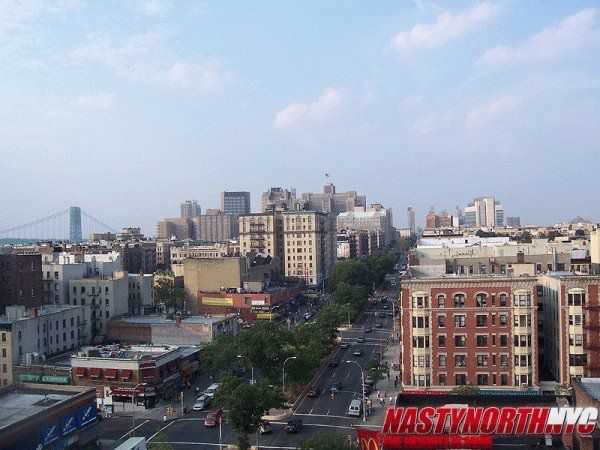 Moving to Washington Heights, a large Dominican neighborhood in uptown Manhattan, was one of the best moves I made while living in New York. I felt so happy there, surrounded by the constant sounds of merengue music, loud Spanish conversations, and the smells of amazing Dominican food.

I also had some interesting roommates in that apartment, including one that me and another roommate submitted for a Queer Eye for the Straight Guy life makeover...even though he was gay. But that's another New York Story for another day.
Posted by Empirically Erin at 7:00 AM

Thank you for the morning chuckle! I love crazy roommate stories, actually. Perhaps it's backlash from the 90's Real World scenarios I watched growing up. I am glad you found a much more stable place. I hope we get to hear the "Queer Eye" story soon!

Hola Erin!
What a lovely story...funny too! (the 50ish naked baldy running around). When I moved back home to Miami (2 months ago) from Kansas, the best part was being surrounded by salsa & merengue music, LOUD Spanish convo and the smell of Cuban food and mi familia of course! Thanks for sharing, I really enjoyed the read ;)

oh my,
i've never shared a place with roommates and your story cracks me up. what an experience...
now i'm curious about your other roommate story

Haha, oh man, Erin! I lived with roommates as well, and some were great, while others were annoying (didn't clean, blasted music, etc). I'm so thankful I don't have to live with roommates anymore! Oh and I worked in Washington Heights at the Y...do you know it?

Thanks for sharing! It seems like everyone has roomate stories very similar to this! Sounds like Washington Heights was a great move!

Thus, why I haven't moved to the city yet ;)

I always wanted to move with my S/O, so now that's not quite feasible, I will have to come up with a scheme to still get there (with dogs...). Hm.

I would have gotten stubborn on her ass and refused to move out. But, it sounds like your situation turned out better.